Back in August, I wrote an article titled “Glenn Youngkin’s Terrible, Horrible, No Good, Very Bad July”. It was an honest look at the Youngkin campaign, whose campaign suffered from poor messaging. Youngkin seem fixated on election integrity as a main issue, and there wasn’t much else there. There was no clear plan or message on policy and it was starting to hurt him. However, Youngkin’s September has changed a lot of that. While Youngkin is still not favored in this race, he at least has now produced a campaign that could pull out a tight victory.

A Plan That Has Merit

One of the biggest critiques about Youngkin’s campaign early on was that he had no clear policy proposals. This was a strong and legitimate criticism, amplified by Youngkin continuing to push forward with the issue of election integrity like this was the Republican convention. It was starting to hurt him, and it was seeming like he was just ignoring his advisors, which he had spent a lot of money on.

In late August that finally changed. Youngkin announced his Day One Gameplan at a rally in Northern Virginia. And to his and his team’s credit, they haven’t moved off that messaging since it was announced. The plan is focused on tax cuts, safe streets, job growth and education. While you can disagree with how Youngkin frames these issues, it is hard to say that these aren’t the type of issues that connect with people.

It also does follow a blueprint that has seen Republicans elected in Democratic-leaning states. A focus on cutting taxes (in this case, Virginia’s grocery and gas tax), job growth, and safe streets. It was a winning issue for others, and it has at least put Youngkin in a position to come out on top.

Another thing I heavily criticized Youngkin for in that previous article was inner campaign turmoil. That’s another issue that seems to have been mostly fixed. While that issue was seemingly transferred over to Winsome Sears campaign (who fired all her staff about three weeks ago), the Youngkin teams issues have been limited.

Issues within the Virginia and non-Virginia residents have also healed according to my sources. The teams are mostly united as Election Day gets closer and the bleeding of paid up staff has all but stopped. It is a massive stability boost to the campaign that Youngkin’s staff is set, finally.

The question then is, has any of this mattered. If you look at the average of polls, you could argue, yes it has. On 538’s average of Virginia gubernatorial polls, in the time when I wrote the prior article to when I wrote this one there has been a 1.8% shift towards Youngkin on the average. This may mean that Youngkin getting some stability has worked. It has allowed him to gain in the polls.

However, that does not mean he is now suddenly the favorite. Terry McAuliffe still has a three point lead in the average, with most polls showing him in the four-five point lead range. This is still Democrats race to lose in Virginia. But, if Youngkin can continue to chip away at that margin, it will be seen as a victory. And there are arguments that if Youngkin were to lose by the average of three points, Republicans would take back the House of Delegates.

No matter what, I do think it’s clear that there is a race. And that Glenn Youngkin has rebounded enough for it to be one. Whether that rebound will be enough to propel him to victory, is yet to be seen. 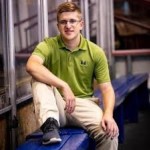